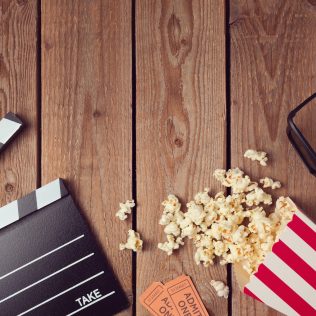 Avengers: Breaking Records Around the World

Since the film’s final opening in China, on May 11th, it has surpassed its’ predecessors, The Avengers and The Avengers: Age of Ultron, to become the fifth-most grossing movie of all time. In the United States, it’s the 8th best grossing film of all time, having taken in nearly $550 million so far. Predictions indicate that the film could reach $2 billion in the coming week, which would make it the top grossing summer box office film of all time. While each Avengers film that Marvel has released has done well, this one takes the series to new heights.

This installment in the series picks up with the heroes still fighting to save the world; this time it’s against a cosmic predator who is searching for six stones that will help him destroy reality. The Avengers, once again, must work together to save the planet. While in the past, Avengers films have kept the heroes mostly safe, in order to have characters available to work with in the follow up films, this one shifts tone and puts The Avengers in harm’s way. It creates a film that keeps viewers biting their nails with suspense the whole way through.

The newest installment in the Avengers franchise is a movie that resonates with audiences from Hollywood to China. Seeing the familiar characters take on new challenges, and find ways to overcome them, has been a familiar but interesting angle for movie watchers. It creates a comfortable setting, where the audience already knows the personality and backgrounds of the central characters but sees them taking on larger challenges than ever before. Audiences around the world have been excited to see if the super heroes are up to the challenge.

So far, the film has broken at least six box office records including biggest opening film in many markets. It’s also had the biggest worldwide opening, biggest opening weekend, biggest Saturday in North America, biggest Sunday in North America, and biggest superhero movie. Prior to its’ release, many of the records were held by the 2012 Avengers installment. Over the past ten years, Marvel’s comic book films have grossed enormous amounts of money for Walt Disney and changed the industry, breaking records that many people thought were impossible to break at the box office at this day and age.

The records that Avengers has broken comes in the wake of a slew of super hero movies, including Black Panther, which broke more than its’ own fair share of records when it was released earlier this year. With such popularity, it seems that the newest Avengers film has something for everyone and in the summer heat, sitting inside an air conditioned, movie theater with a soft drink and a tub of popcorn is the perfect way to keep cool.

So whether you’re getting a group together to go see a movie or to make a movie, make sure you check out our fleet of vehicles, and find the one that fits your need!