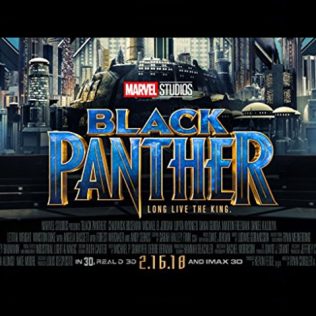 If you thought that the days of movie releases being able to slash records were behind us, think again. With so many entertainment options at our fingertips these days, some people have speculated that the movie business was on its’ way out, but “Black Panther” has won over movie-goers around the country and has broken more records than anyone could have imagined in the few weeks since the movie’s release. The hype surrounding the movie was huge and projections were that it would bring in the big bucks, but just how much money the movie has grossed is astronomical. Within ten days of the movie’s release it pulled in $400 million dollars, an amount that’s only been topped by one other film (“Star Wars: The Force Awakens”) and ties it with “Jurassic World” in terms of income.

While the ten-day total is impressive, it’s just one of the records that the movie broke. In its’ first four days out, over Presidents Day weekend, it brought in over two times what was projected and after the holiday weekend, the numbers stayed strong. During the movie’s sophomore weekend, it grossed $108 million, the second-highest intake for any movie’s second weekend ever. And those are just the domestic numbers.

It’s a feat that many people thought might never happen at the box offices again. There has long been an idea in the film industry that movies with leading black characters don’t do well in a global market and these numbers have shattered that stereotype. It’s opened the door for more diverse actors and storylines in big budget, Hollywood, films.

In fact, the enormous success of “Black Panther” has meant that many production companies will be producing more movies, in hopes of copying the success of the film. This means many new jobs and, in turn, uses on set for rental vehicles. In Los Angeles, the movie business has long gone hand in hand with rentals and Avon has provided production vehicles, box trucks, and more for movie sets and the film industry.

On the set of a huge film like “Black Panther”, rental vehicles can make the difference when it comes to convenience and ease of getting around. They’re great not just for hauling equipment but are an easy way to provide vehicles for runners who have to complete errands for films like picking up food, costumes, and more. They’re also easy to fit with production equipment and can haul cameras, cords, and more.

Making movies is a huge business and the success of “Black Panther” is an upswing in the industry which means more big budget films with diverse casts will hopefully be produced in the coming years. The records the film has broken are just starting to pour in and it will probably continue exceeding expectations. The movie is currently set to overtake “Iron Man 3” and “Captain America: Civil War” for the third-highest grossing Marvel film when it makes just $8 million more.

Whether you’re producing a movie or taking a group to see one, make sure to check out Avon for your rental needs!