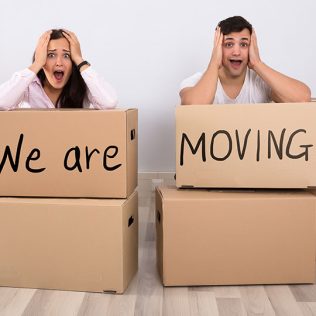 When your family is ready to move, you don’t want to hire just any movers. It’s important to entrust your move to a company that is top rated and has proved to be the best in the business. You don’t want someone who will treat your belongings with any less respect than they would their own. Accidents happen, but when you take the time to ensure you’re hiring a top-notch moving company, the likelihood of anything being broken, lost, or stolen during your transition is greatly diminished. Here’s an overview of some of the most well-reviewed moving companies in the Hollywood area of Los Angeles that you might want to consider using for your move.

Pure Moving Company: If you’re going to name your business Pure Moving Company, you’d better make sure your record is pristine, and Pure’s is. Pure Moving Company does both corporate and home moves and even assembles large items for clients. Previous customers have left the company glowing reviews on Yelp, raving about the kindness of the employees and how the company doesn’t charge anything extra if their time goes over the initial quote they give you.

Andrei’s Moving: Reviewers say that the movers at Andrei’s are hard workers and they have to be at this company, that does everything from piano moves to crating, packing, and moving boxes. They serve the Hollywood area and nearby parts of Los Angeles so take a look at their prices when you make your LA move.

Trek Movers: Trek Movers have 5 out of 5 stars on Yelp and are currently offering a $20 for $50 deal. You can’t beat great movers and a good bargain on your move. This company can move your family anywhere in Los Angeles and Yelp reviewers praise them for being friendly and motivated. They’re also quick to reply to inquiries, responding to most messages in less than an hour.

Local WEHO Movers: If you’re moving around the West Hollywood area, Local WEHO movers are a well-established, highly thought of moving company that has 5-star Yelp reviews. They’re located in the heart of Hollywood and moving around the West Hollywood is their specialty (it’s even in their name)! They can do packing, crating, moving, and more. Call them to get a quote on short distance moves around Los Angeles.

Moving into a new home can be stressful enough in its’ own right. From making the decision to move, finding a home, going through the buying process, packing, and planning, there’s so much to think about. The last thing you need to deal with when you arrive at your new home is finding out that any of your belongings have been damaged or lost during the move. Work with some of the expert movers listed above to help ensure your move goes smoothly and your family’s’ belongings arrive to your new place in one piece.