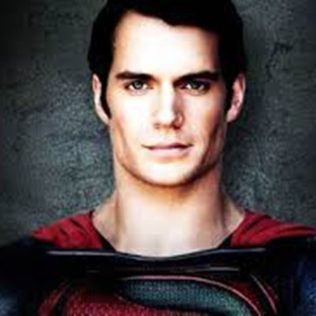 Being apart of the community of Los Angeles, Avon Rents has had the pleasure of serving a diverse range of customers. From concert goers, families, caterers down to film production crews. That being said, we’re launching a series of blog posts catered to our diverse family of customers. This month is dedicated to film makers.

When you heard that the Superman franchise is resetting, and each film is going to cost over a tragillion dollars, an amount of money so unfathomable that a new unit of money had to be invented, you probably rolled your eyes and thought: can Hollywood be so out of ideas that they have to throw their wads of Benjamins at tired old idea such as a superhero, or old book, or remake of a movie whose original was good enough as is?  You are not alone, and for once, we can report that Hollywood has decided to explore a – brace yourself – new direction.

Don’t think for a moment that the days of the Hollywood blockbuster are over.  Tom Cruise won’t be selling any mansions any time soon, and Clooney will always have a job waiting for him.  But Hollywood is at last trying to show that it has the ability to read the writing on the wall (likely in the form of yellow Post-It notes) that the old model isn’t sufficient to sustain the industry, and that in these ever-evolving times, some thinking upon the toes is necessary, especially since the popularity of dance-themed movies are as black and white as Fred Astaire himself.

You may remember the film Paranormal Activity, and yes, it itself has turned into a major franchise; however, its beginnings were humble and the return on investment legendary.  In the old construct,  the executive producers would throw a million bucks at a film in hopes of making a million and a quarter.  Now, with the Paranormal model, you can fund a film for as little as $100,000 and make many many millions.  You don’t have to be a paranormally gifted mathematician to glean that the return in the latter scenario is substantially better.

New production houses are focusing on micro-financing these days, and movie lovers should be ecstatic.  They by definition are encouraging innovation and resourcefulness, original mainstays of the Hollywood mantra that have long been forgotten.  Back then, when George Lucas wanted to build a Death Star, he couldn’t just create a 3D model on a PowerBook at Starbucks, he had to build a real life scale model and film it in such a way that it indeed looked like a inconceivably large man-made space base.  Same is going now, where you can’t just throw money at a problem and, rather, you are forced to exercise creativity in creating a film’s look and plot.

The new way is particularly exciting because of the prevalence of social media, and the ability for the young folk who grew up with a Facebook account or at the very least a MySpace page to engage in the creative process of movie making, through an unprecedented ability for producer and viewer to interact.  Social media is making the world smaller, but it’s also putting voices and ears together that used to never be paired outside of stuffy and inorganic focus groups.

It’s exciting for everything that micro-financed films are gaining popularity, and the new ideas that will result will inspire today’s youth, and the next generation of film makers, into a wonderful new world for us all to enjoy.